Finally the Verdict is out : Ball tampering cause by Australian Cricketer.

- March 28, 2018
After worldwide criticism by cricket fans and pundits, the Cricket Australia(CA) finally announced the verdict. CA CEO James Sutherland who arrived in South Africa, finally announced about the sanctions.
Steve Smith, the Australian captain who was the mastermind behind the ball tampering has been slapped with a one year ban. His deputy David Warner has been also handed with one year ban. On the other Cameron Bancroft who carried out the plan of tampering the ball has been banned for Nine month. Cricket Australia was under tremendous pressure to put heavy sanction on the guilty players after non-stop backlash from the cricket world. 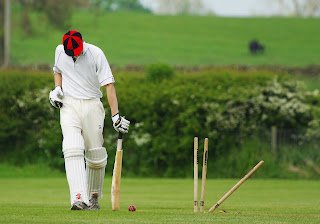 To rub salt on the wounds, both Steve Smith and David Warner have been banned from playing in the cash rich tournament IPL by the Board of Control for Cricket in India(BCCI).
Cameron Bancroft and Steve Smith were accused of tampering the condition of the ball during the 3rd Test Match against South Africa. Bancroft was caught by the cameraman. After this they both confessed during press conference with the reporters that they tried to alter the condition of the ball for personal gain. This type of practice have been banned by the International Cricket Council(ICC).
Also the three players have been asked to fly back to Australia from the test series. It is the highest suspension for any Australian Cricketer since Shane Warne who was banned for a year in 2003 after being found positive during drug test.
So finally justice prevailed.