- March 26, 2018
Every game has its own fair share of controversy. Everyone tends to lose their temper at some moment or other. While sometimes the wrong doings goes unnoticed, while sometimes they are caught. Though cricket is termed as gentleman's game, it seems like not everyone out there playing is a gentleman. Since its start about a century ago, this sport has become a popular one, especially in South Asian nations and in Australian continent. But with time again it has been found that not every time in cricket is gentleman's game. So here we bring you a few of the controversies that took the cricketing world by a storm : 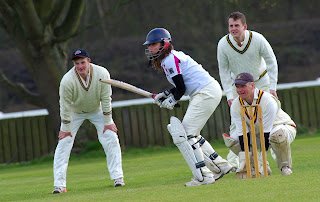 1.Terrorist Attack on Sri Lankan Team in 2009 in Pakistan. A group of 12 gunmen attacked the bus carrying Sri Lankan players near th
e Gaddafi Stadium in Lahore, Pakistan. A total of six players were injured.

2.Spot Fixing by Pakistani player in 2010. Three Pakistani players Mohammed Asif, Mohammed Amir and Salman Butt were accused of accepting bribes for the 4th Test Match in England. After the they were found guilty, they were banned for more than 5 years.

3.Sydney Test Match of Border-Gavaskar Trophy between India and Australia in 2008. Perhaps this match along with the series was very controversial. From the Harbhajan-Symonds dispute to the controversial decision of the umpires, their match went down for wrong reasons.

4.Harbhajan Singh slapping S Sreesanth after a IPL match in 2008. After the defeat, Harbhajan slapped Sreesanth on the ground. Due to this, Harbhajan was banned from the rest of the tournament.

5.Ball tampering scandal in the Australia-South Africa Test series in 2018 by Cameron Bancroft of Australian Cricket Team. Hitting the cricketing world recently, Cameron Bancroft and Steve Smith were found guilty of tempering the ball's condition using a foreign material. As such practice is banned by International Cricket Council, Australian Captain Steve Smith has been fined for entire match fee and is handed ban for one match. This scandal has been seen as one of the worst one since the Pakistani Players involved in spot fixing. Even the Australian Prime Minister expressed his disappointment over the issue.With this scandal, the whole Australian team has been criticized for being cheat. In past also, many Australian players have been involved in controversies.

Also few days back the Bangladesh Cricket Team was in headlines all over for damaging the dressing room in Sri Lanka and for their bad behavior during a match against Sri Lanka in the recently concluded Nidahas Trophy in Sri Lanka. Eventually Bangladesh lost to India in the finals!