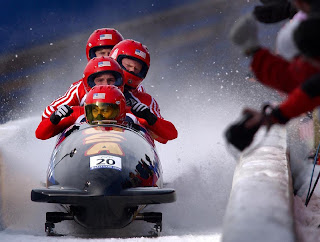 6.In this Olympics Ecuador, Eritrea, Kosovo, Malaysian, Nigeria and Singapore will be making their debut.
7.The motto of 2018 Winter Olympics is "Passion Connected".
8.Due to suspension of Russian Olympic Committee, a total of 169 Russian athletes would compete under the Olympic Flag as "Olympic Athlete from Russia."
9.For the Women's Ice Hockey, North Korea and South Korea will be unified as a team and play together.
10.The 2014 Winter Olympics were held in Sochi, Russia.
11.The 2022 Winter Olympics will take place in Beijing, China.
12.A total of about 35,000 spectators are expected to be present during the opening ceremony.
13.As it is very cold, each spectator will be given a rain coat, a small blanket, a winter cap, heating packs for hands and feet and heating pad to sit on.
14.A temperature as low as -15 degree Celsius is expected during the games.
15.Health Security alert has been issued after the breakout of norovirus in PyeongChang.

But whatever issues happen, we wish the athletes all the best for their sports. With this we hope that a message of peace and harmony will be sent in the world.
News