1.The state of emergency was declared on February 5,2018 by President of  Maldives Abdulla Yameen for 15 days.
2.The reason of the emergency starts with the fact that Maldives Supreme Court ordered release of nine imprisoned opposition politician, including exiled former president Mohammed Nasheed.
3.Ex. President Nasheed got international recognition for his efforts on addressing the impact of climate change on the Maldives.
4.But in 2015, President Nasheed was imprisoned on terrorism charges. The trial of the ex President worried both India and the United States.
5.But the current President Abdulla Yameen refused to comply with supreme courts's decision and ordered for the arrest of Chief Justice Abdulla Saeed and second Supreme Court justice accusing them of taking huge amount of bribes. 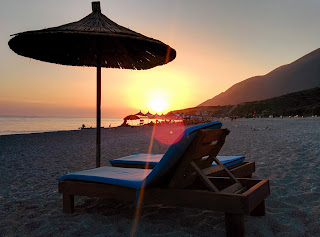 Why should the emergency bother the world ?
Because the Maldives is a hugely popular tourist destination. Nearly 1.5 million tourists world wide visited the nation in 2017. Maldives main income comes from tourism that includes staying in luxurious hotels and scuba diving. But now due to the crisis the tourism industry has been hit hard. The U.S., India, China and the U.K. have issued advisories against traveling to the Maldives. Thus we wish that whatever the political turmoil is going on reduces as quick as it can and also the life becomes normal. Also the tourist traveling there must pay attention to any sort of activities that is going on around them.