1.On an average it takes 27 muscles to smile.
2.The longest bone in the human body is femur. It is stronger then concrete.
3.In an average lifetime, human heart pumps about 183 million liters of blood. 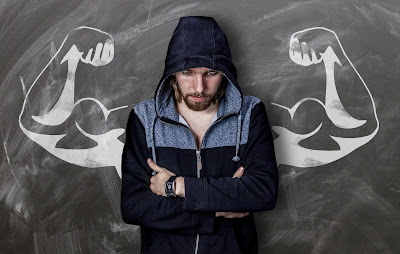 4.The size of the human eye remains the same from birth.
5.The human ear and nose never stop growing.
6.There are more number of bacteria's on your tongue then the entire world.
7.Human tongue has its own unique prints.
8.About 90% of the population in the world is right handed.
9.On an average, a human being can burn 100 calories while kissing for an hour.
10.Only human being are the animals which possess the ability to draw straight line.
11.Men blink more as compared to women.
12.We cannot lick our elbow with tongue.
13.A powerful human sneeze can travel up to a speed of more than 100 mph.
14.We cannot sneeze with our eye open.
15.The fastest human muscle in our body is the one that helps in blinking.
16.The tongue is the only muscle that is attached at one end and free on the other end.
17.Running or other vigorous activity releases a hormone called dopamine which is also termed as good feeling hormone.
18.The tongue is also the strongest muscle in our body.
19.A average human being has 2000 taste buds.
20.Fingernails can even grow after a person's death.
21.If we convert the resolution of human eye, it converts to 576 mega-pixel.
22.Our right lung is much bigger compared to left lung.
23.The risk of having a heart attack is highest on Monday.
24.The capacity of human brain is 80 petabytes.
25.Cornea is the only part in human body that gets oxygen supply directly from air.
Facts