- February 10, 2018
As the Winter Olympics have kicked off in PyeongChang, South Korea everyone is getting glued to their television set. Everyone is busy supporting their nation, favorite sport person as well as a sportsperson, it is a matter of pride to represent your nation and winning a medal is much more than that. While some of the athletes have won more then a medal while some of them could not get their hands on it. So here are few interesting fats about Olympics- 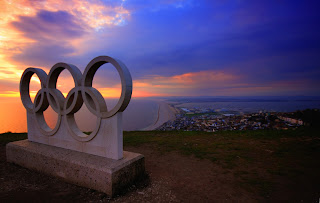 7.There will be 28 sports in 2020 Olympics game. The sports are later broken into various events.
8.The Olympics held in Munich, Germany in 1972 were the worst. Because of the reason that a Palestinian terror group known as Black September took hostage 11 members  of Israeli Olympics team and killed them.
9.Until 1912, the gold medal was made of pure gold. But after 1912, the medal contains 6 grams of gold.
10.Michael Phelps is the greatest Olympics of all time. Hhe has won 23 gold medals.
11.Five is the highest number of gold medal won at a single Winter Olympics.
12.United States of America have dominated the Summer Olympics while Norway have dominated Winter Olympics.
13.A total of 73 nations have never won a medal at Olympic Games.
14.In 2016 Summer Olympics, South Sudan and Kosovo made their debut.
15/In 1900 women participated for the first time in Olympics. While in 2012 London Olympics, all the participating nation had at-least one female athletes.