- February 03, 2018
Bitcoin is a cryptocurrency and worldwide payment system .Bitcoin is used both as an investment and as a method for goods and services. So let's share interesting facts about bitcoin.
1.Bitcoin was created in 2009 by Santoshi Nakamoto which was his pseudonym.
2.The first Bitcoin purchase was for Pizza in 2010 using 10,000 Bitcoins.
3.No one single entity controls this currency. Bit-coin is open -source software.
4.Impossible to know the sender and receiver details.
5.There are almost 1402 bitcoin ATMs worldwide. 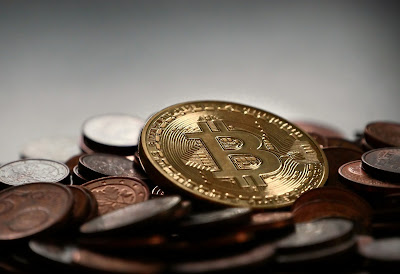 6.A Norwegian student spent $27 on Bitcoins, forgot about them and a few year later realized they were worth $886K.
7.Bitcoin is illegal in Kyrgyzstan, Bolivia, Ecuador and Bangladesh.
8.North America has over 75% of the world bitcoin ATMs.
9.According to the experts, Bitcoin network is much powerful than supercomputers.
10.Losing a bitcoin wallets means losing those bitcoins.
11.Most expensive virtual currencies globally January 2018.
12.If you had invested $100 in bitcoin in 2010 you'd be worth $72 millions now.
13.The FBI has the world's largest bitcoins, apart from Santoshi Nakamoto.
14.Vancouver is the first city that boasted the first bitcoin cash machine.
15.Bitcoins are held in digital wallets that you need to download before buy bitcoin.