- February 22, 2018
Failures are part of life. All the successful people that we see around us were not that easily successful. They had to go through a lot troubles. Some of them even thought of ending their life. Its not always easy as it looks. Just by looking how much one is successful today does not mean that they were the same before. Not every one is born with a silver spoon. Some of them fight their way to the top. So here we are sharing with you a list of few people who made it to the top despite various difficulties.

1.Albert Einstein : The Nobel Prize winner and regarded as one of he best physicist of all time had to go through hard time in early life. He wasn't able to speak until he was 4 year old. His teachers said that he would "never amount to much"
2.Eminem : Regarded as the best rapper of all time, his adulthood was like ours. Living in broken home with his mother and sister, he was assaulted several times in his school which made him drop out. He lived in poverty and also abused drugs. He even went on to commit an unsuccessful suicide. Despite those struggles, he made it to the top. With 15 GRAMMY Awards and 1 Academy Award to his name, you can see his frustration in many of his song's lyrics. 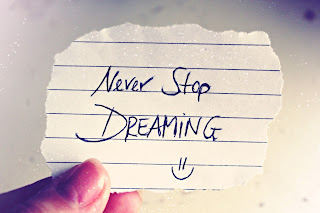 3.Abraham Lincoln : The 16th Presidents of the United states and the person to abolish slavery in United States did struggle through out his life. He was a business failure, his fiance died, had a nervous breakdown, lost in election many time but still he made his life big.
4.Michael Jordan : Regarded as one of the best basketball players, his ride to the top was not that easy.He had to struggle at a point to even make it to the high school basketball team.He went his home, locked up himself in a room and cried. But those obstacles did not stop him.
5.Jack Ma : China's 2nd richest man'a journey was not an easy ride. He was rejected by Harvard University 10 times. Once KFC came to China. They hired 23 out of 24 participant and Jack Ma was left behind. He learned English from the tourist that used to visit his town. But despite this, he went on to found Ali Baba Group, one of the largest e-commerce, retail, internet, AI and technology conglomerate. It is the most valuable retailer since April 2016.
If you have never failed in  your life, it means you have never tried something new. Never ever let failure get to your head. Just keep working hard and have faith in your self!