Do you know what happen to the costumes worn by Bollywood Actor in a movie after the movie is over.

- February 18, 2018
Bollywood celebrities are treated like god in India. They have huge fan following. Every time any of their movies come out there is a competition to watch it on the very first day. The Bollywood celebrities carry a fashion statement that one looks upon to imitate.
Almost all the time people look towards them as fashion statement. In the movies we have seen them wearing various costumes. But have you ever  thought what happens to those costumes after the movie. Well we are here to tell you about that.
1.Firstly, as expected the popular costumes are auctioned. People are ready to burn a hole in their pocket to get their hands on the costumes.
2.Secondly, in some scenes we find that very high-end designer are hired for some particular movie. Due to this the designers takes back the cloth with them. 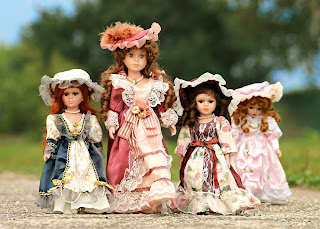 After all it has been designed by putting hard work in it. Designer like Manish Malhotra often design beautiful costumes which are later taken by them back.
3.Thirdly, sometimes the costumes are so pretty that the actor/actress ends up taking them. They get impressed by certain outfits and thus they add in their personal wardrobe collection.
4.Lastly, the clothes are reused. They generally end up in trunk. But are later matched with other costumes and then turned into something new. This helps in reducing the cost.
5.Sometimes the costumes are auctioned for charity. Like the costumes worn by Rajnikanth and Aishwarya Rai in Robot Movie were auctioned to raise money for charity. So it was used for philanthropic cause.
But whatever happens, Bollywood celebrities are fashion icon and they will continue to define the style statement for viewers!
Bollywood