- January 17, 2018
1.The Indian constitution is the world's longest written constitution.
2.Steel is more elastic then rubber.

3.Car brands like Bentley, Lamborghini, Skoda  etc. are all owned by Volkswagen group.
4.The Statue Of Liberty was gifted to Americans by French on their 100th Freedom Anniversary.
5.Amazon, the e-commerce giant used to sell books in it's initial starting days.
6.Russia has the most no. of  timezone in the world.
7.Taj-Mahal is taller then Qutub-Minar. 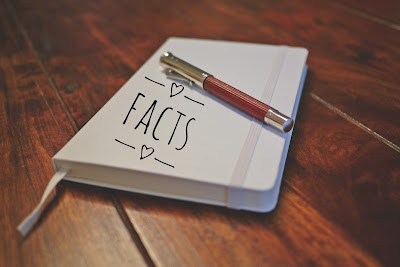 8.If you cut a crab's leg, it can grow a new one.
9.Both Range-Rover  and Land-Rover are owned by Jaguar which is owned by Ratan-tata.
10.The Himalayas are one of the youngest mountain range and their height is continuously increasing.
11.Cyprus is the only county which has its geographical map on its flag.
12.The world's largest flower is the Rafflesia  .
13.The Arabian Peninsula is the world's largest peninsula.
14.Steve-Jobs was once fired from his own company, Apple  in the beginning.
15.Baikal lake is one of the deepest fresh water lake.
16.The Buckingham Palace is the world's most costliest house.
17.It you are annoyed with advertisement while doing any offline work, then switch on the airplane mode and restart the app. The ads will vanish.
18.The full form of NEWS is north-east-west-south.
19.In Iceland, the gender ratio is so uneven, that government is paying to any foreign national's who comes and settles there.
20.The Galapagos Tortoise has an average life of 150 years.
Facts