- January 20, 2018
Football is a family of team sports that involve, to varying degrees, kicking a ball with a foot to score a goal. According to historians, the Ancient Greeks and Romans are known to have played many ball games, some of them involve to use the feet. So lets bring you some important facts:-
1.Football is the most played and most watched sport on earth.
2.The largest Football tournament saw no less than 5,098 teams. They competed in 1999 for the second Bangkok League seven-a-side competition. Over 35,000 players participated. 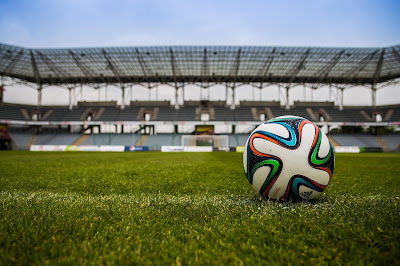 3.The maximum number of goals scored by one player in a single Football match was 16.
4.Football players run an average of 9.65 kms during every game.
5.The very first game of basketball was played with a soccer ball.
6.The world's first Football club was the English Sheffield Football club founded in 1857.
7.European Teams have reached every FIFA World Cup final, except for the finals of 1930 & 1950.
8.Only Americans and Canadians call football "soccer".
9.In 1964, a referee's call during a football match in Peru caused a riot that killed over 300 people.
10.Neil Armstrong originally wanted to take football to the moon-but NASA deemed it to be un-American.
11.More than 80% of the world's football are manufactured in Pakistan.
12.Cristiano Ronaldo  and Lionel Messi have been tied for wining most Ballon d'or awards(five times each) and also European Golden Shoe(four time each).
13.The first live coverage of a football match was shown on television in 1937.
14.Currently, the world's most expensive transfer fee record is set by Neymar Jr. form Barcelona to Paris Saint-Germain for €222 million in August 2017.
15.The 2018 FIFA World Cup is scheduled to be held in Russia while 2022 FIFA World Cup is scheduled in Qatar.
16.The 2026 World Cup though not yet scheduled(location bid not finalized)  will feature 48 teams instead of the traditional 32 teams.
17.The First FIFA World Cup was held in 1930 in Uruguay.
18.Uruguay won the inaugural FIFA World Cup while Argentina were Runners-up.