- January 25, 2018
Republic Day honours the date on which the Constitution of India came into effect on 26 January 1950 replacing the Government of India Act (1935) as the governing document of India. So as the nation gears up for the 69th Republic Day, everyone's eye would be glazed as the newly elected Indian President will deliver his speech. The National capital New Delhi is also totally decorated to witness yet another historic moment. So lets share with you some interesting facts about our Republic Day-

1.The Constitution was adopted by the Indian Constituent Assembly on 26th of November 1949 and came into effect on 26 January 1950.
2.26th of January was chosen as the Republic Day because it was on this day in 1930 when Declaration of Indian Independence (Purna Swaraj) was proclaimed by the Indian National Congress as opposed to the Dominion status offered by British Regime.
3.The first Republic Day parade at Rajpath was held in 1955.
4.The song Abide With Me, is played at the Republic Day Parade as it is believed to be Mahatma Gandhi's favorite song.
5.Dr. Rajendra Prasad the first president of India took oath of President-ship (at Dubar Hall) for the first time on January 26th,1950. 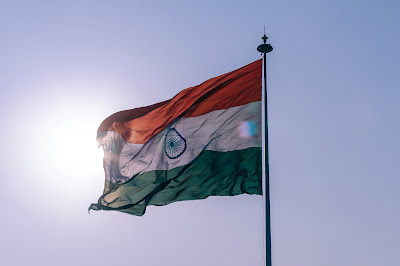 6.The first Republic Day parade was held at Major Dhyan Chand National Stadium and was attended by 1500 civilians.
7.The Republic Day is a three day long affair with celebrations ending on 29th January with a Beating Retreat Ceremony.
8.The Indian Constitution is written by the Dr. Bhimrao Ramji Ambedkar.
9.The Indian Constitution was hand-written in English and Hindi and it was signed by 308 Members of the Assembly on 24th of January in 1950.
10.The original hand-written constitution (both copies) are kept safely in the helium filled cases at the Library of Parliament House.
11.The duration of Indian National Anthem is 52 second.
12.The Indian Constitution took time of 2 year and 11 months to be drafted. It is also the longest written constitution in the world which includes 448 Articles.
13.The Indian Constitution took the best aspects from other countries constitution and then drafted together.
14.Most of the national awards such as Bharat Ratna, Padma Bhusan, Kirti Chakra, Veer Chakra are awarded during the Republic Day Ceremony.
15.Ram Nath Kovind who is the 14th and current President of India will unfurl the National Flag on 26th of the January 2018.
16.The Indian Constitution is only calligraphed and not printed. About 1000 copies have been written till date.
17.President Sukarno of Indonesia was the first chief guest to be invited on Republic Day in 1950.
18.Ten guests (Heads of ASEAN states) have been invited and will be attending the 69th Republic Day of India.

The previous chief guest to attend was the Crown Prince Mohammed bin Zayed Al Nahyan of United Arab Emirates.
So let's take a moment to appreciate our great nation and those who contributed in making it great. Also let us pledge to contribute on our part to make it much greater. Happy Republic Day. JAI HIND
Facts