Good news for iPhone user. iPhone slow down and batteries: And how to get them replaced.

- January 19, 2018
iPhone slow down and batteries:And how to get them replaced. 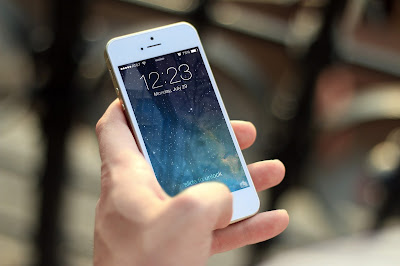 iPhone were secretly slowing down. It appeared in limelight in the later part of 2017. Whether it was intentional or not, but people were facing problems. The phone began lagging in speed, apps were slowing down. Also the phone began to unexpectedly shut down.
It first surfaced when independent investigation by an expert and a viral Reddit post to get Apple to admit it.
Actually upon releasing a new update, the software glitch began to appear. Thus after being sued by many people in court of many nations, Apple finally decide to replace the battery. According to Apple, the glitch appeared because Apple were trying to preserve the battery life for longer battery life, thus killing many apps.
The various salient features that one needs to ponder upon are:-
1.Eligible iPhone for the upgrade are- iPhone 6, 6 plus, 6s, 6s plus and SE.
2.The company is offering replacement at reduced price of £25 or $29.
3.For battery problem, one must book a genius bar appointment and take it into the store.
4.But Apple might not change your battery issue if it's tests shown that the current one isn't actually degraded.
5.Secondly, due to delay at Apple store, you might have to wait for some more time due to popularity.The shipping of batteries has been delayed due to bulk replacement.
6.Most important, Apple is only offering the deal until, December 2018, so if you're concerned, make sure you go before the deal expires.
News